Sunday afternoon I had the opportunity to meet up with an old friend whom I haven’t seen in nearly 20 years. Meetings like that immediately make me take stock of my failures and shortcomings. I assume that people will take one look at me and run away pointing and laughing a laugh that sounds like Nelson from The Simpsons.

Thankfully, that didn’t happen. Instead, we hopped on the subway and spent a few hours strolling around downtown. I was armed with some semblance of a plan. I wanted to get a Tokidoki Cactus Pup for my daughter at Kidrobot on Prince Street. Alas, there was nary a pup to be had and we hit the bricks again.

We found ourselves in a really interesting store that I always enjoy checking out, called Evolution. We perused bugs, skeletons, butterflies, spiders. Everything in the store is really very fascinating. I guess given that we were having such a nice time, my dear friend thought it nice to buy me a gift on the way out of the store. Naturally, Crick-Ettes snacks would be the first thing that springs to mind. 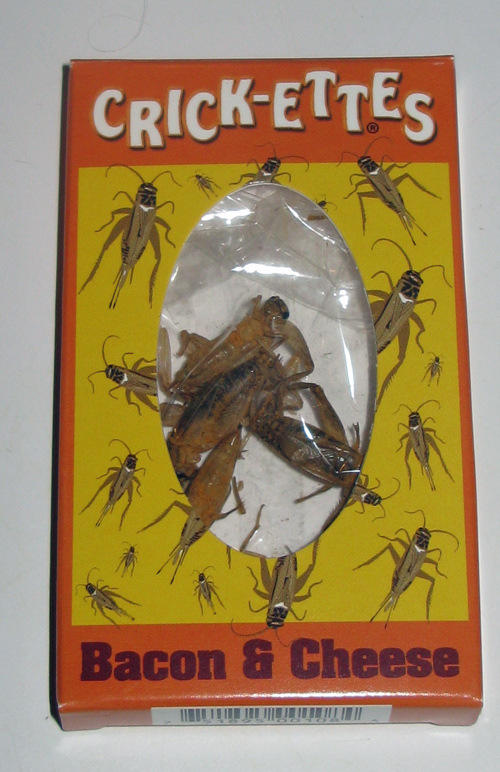 The young girl at the register assured me that there were no guts or ‘weird things’ inside of the crickets. I must say, I didn’t feel overly grossed out or anything and it seemed like a safe bet if septum-ring girl said they were okay. So we stepped out on to the sidewalk, opened the pack and I ate my first cricket. And you know what…? 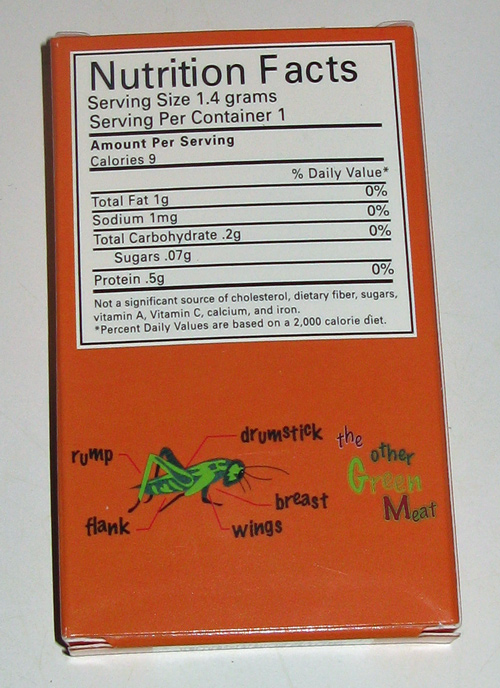 HARDCORE anticlimax. I guess I imagined a crunchy, bitter, nasty taste that would make me gag. Instead it was like a hollow and airy, super-duper light cheese puff. The flavor was distinctly reminiscent of a Purina cat chow nugget. Total. Letdown.

Is it just me or is that a lot of fat for a pack of bugs?