Since I haven’t been doing much riding as of late, I have been avoiding updating my blog. I always have stuff to talk about but I feeeeeeeel like I should try to keep my posts to things I see when I’m out on the bike or motorcycling in general, even if its in the loosest sense. This baby is sporting some motorcycle saddlebags so it qualifies. What did you say? Holes? In my logic? LOOK OVER THERE, A YETI!

I found this one if the Fuzzmopomatic Wayback Machine from February 2004. 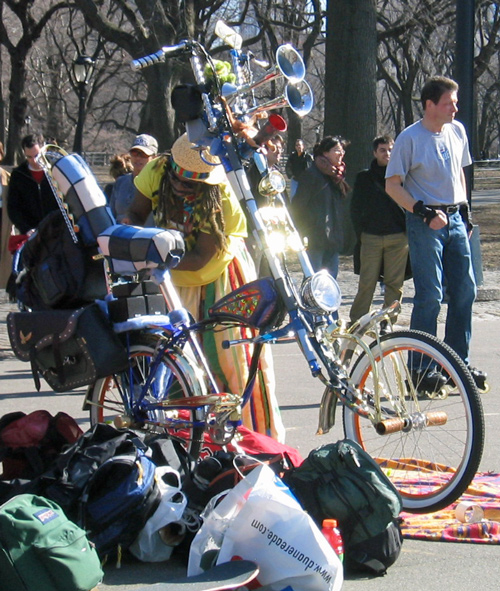 All of the day’s chores had been put to bed here at the Fuzzmop household. We’d settled in to the quiet moments of the evening. I sat down at my computer and began flipping through pages and blogs, seeing what was going on in the world. Kenny sauntered over next to me, put his arm around me and looked in to the glow of my monitor beside me. When I glanced up at him, I could see that he was kind of making eyes at me. I smiled and said,

“Do you want to see the coolest thing ever?”

Usually when I ask an open-ended question like that there is a slight hesitation in his voice that to the acute listener might sound like fear. I don’t know whether I caught him off guard or if he was completely distracted by the intent he was harboring in his hey, hey, hey it’s sexytime eyes, but he didn’t waver. He almost sounded excited to find out what it was. My guess is he thought I’d saved a link to something delicious and wonderful to get him riled up.

With that, I scrolled down through my list of bookmarks and pulled up what could only be described as maximum awesomeness. Behold:

The pimped out megaphone helmet. Yes, that right, that’s what I said.

Have there ever been three words that belonged together more? No. Exactly!

“That’s retarded,” Kenny deadpanned as he began to walk away from me.

“What?!? What are you talking about? That’s so awesome!” I said.

From down the hall I heard, “Don’t think you can ride around singing. And… acting like a fool with that thing on. Someone is going to shoot you.”

Bravo, megaphone helmet idea person. You, my friend are a visionary. A true artist.

BTW, Novos~
Kenny didn’t even want to park next to this truck

I was poking through my pictures from the last few weeks and found that I’ve got a couple related to gas pumps. I guess the folks at the pump below in Virginia were just makin’ it up as they went along 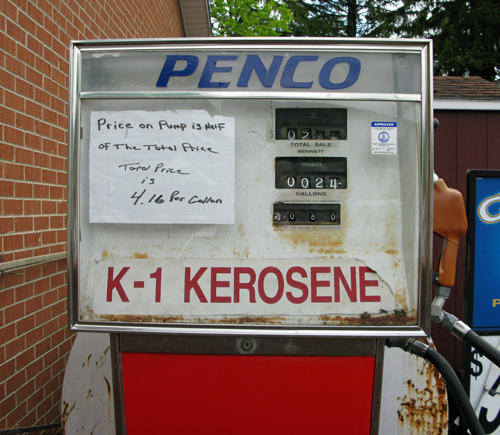 It isn’t news to anyone who hasn’t been dwelling in a cave for the last 6 months that we’re feeling the sting of high gas prices. Many folks are championing riding to work more often to offset the cost. You’re probably getting well over 35mpg if you travel for a stint on the freeway to get to the office. If you’re one of those behemoth SUV drivers, surely you’d feel the benefit of those extra miles per gallon.

But do you really save that much more? What about the accelerated wear and tear that seems to occur on a bike when you compare it to your car? In my case on the Triumph with my choice of tires, I see less than 7,500 miles on a set of tires, more frequent oil changes, brake pads, chains, sprockets, etc. 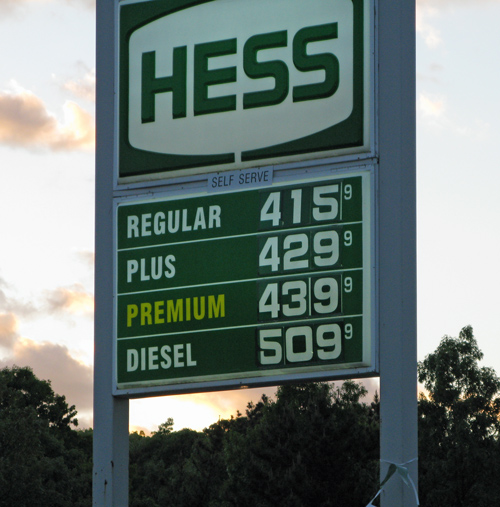 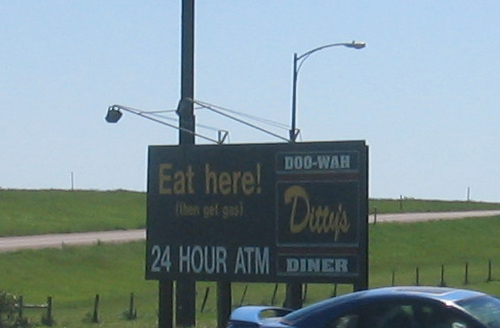