The town of Setauket (seh-taw-ket) sits on the north shore of Long Island. First settled in the 1650’s, Setauket has a large number of historical buildings interspersed with its more modern residences.

Often as you ride through some of the town’s small shady lanes, you get the distinct feeling that you are somewhere else. This town doesn’t fit the popular Long Island stereotype; strip malls, tons of traffic and women who sound like Fran Drescher on The Nanny.

One of my favorite buildings that I pass when traveling along the North Shore through towns like Saint James, Nissequogue, Stony Brook and on to Port Jefferson is the delightfully tiny Setauket Post Office. Built in 1941, this quaint little Greek revival building was designed by Richard Haviland Smythe. It features 4 columns whose capitals are topped with cornstalks in the spirit of those found in our nation’s Capitol building, designed by Benjamin Latrobe.

The recent news of the opening up the iconic Frank Lloyd Wright Fallingwater house to overnight guests, sent me digging through my photo archives. In 2004 Kenny and I made the long and boring trip from Long Island across the Pennsylvania Turnpike out towards Pittsburgh. As a detour on our way to Deals Gap we took the opportunity to visit the home that dazzled my imagination from the first time that I ever saw a photograph of it. It did not disappoint.

Like Loading...
The iconic Pearlroth House sits in the dunes all boarded up braced against unusually cold winds of winter that we’ve been having this year. 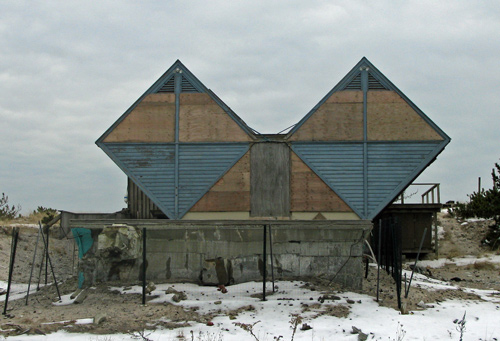 I’ll have some news about riding, soon. Thanks for sticking with me.

The Yaphank Garage is one of my favorite local buildings. Its all dressed up for the holidays and looking spiffy. 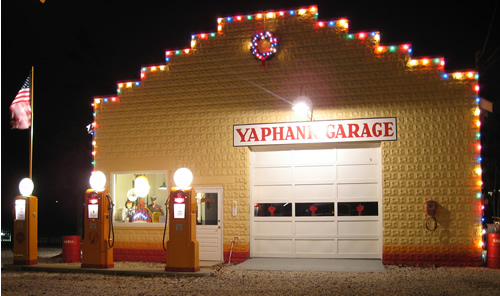 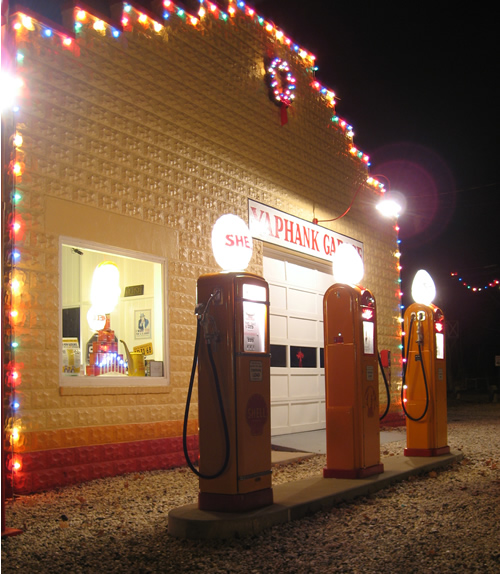 Ain’t she a beaut?

Today we took a ride to upstate New York to check out the Frank Gehry designed Richard B. Fischer Center for the Performing Arts at Bard College. 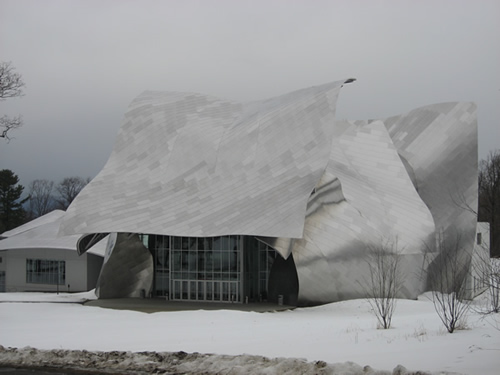 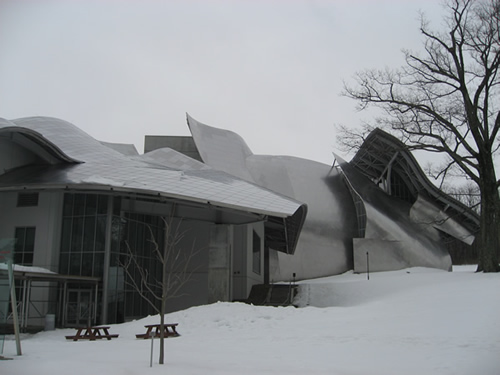 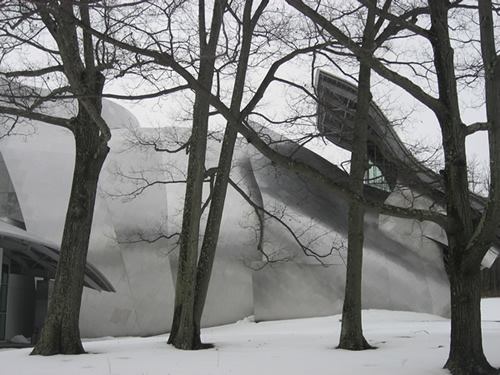 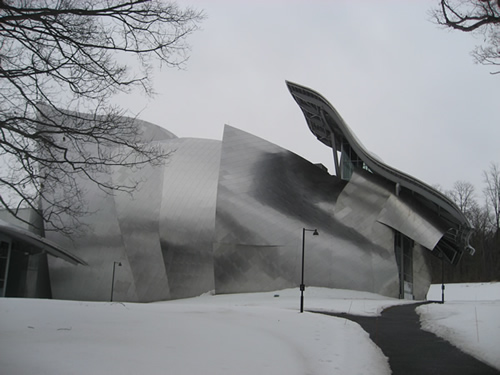 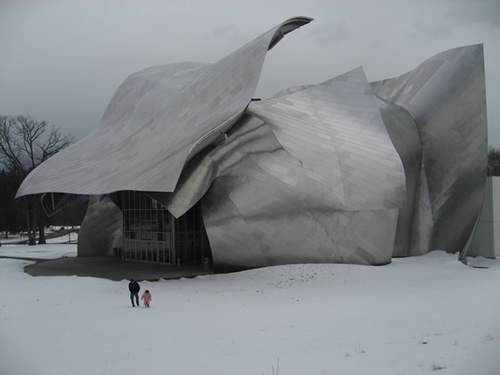 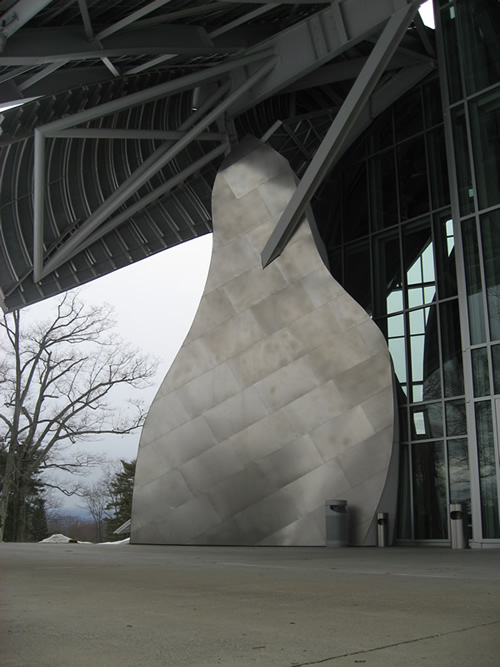 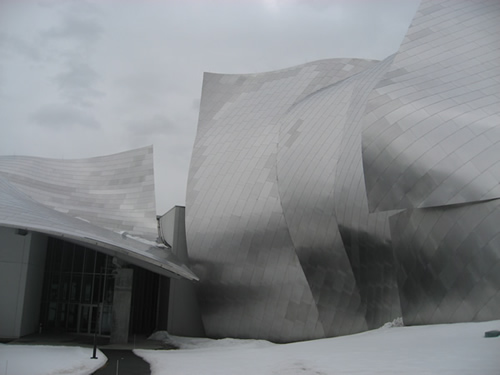 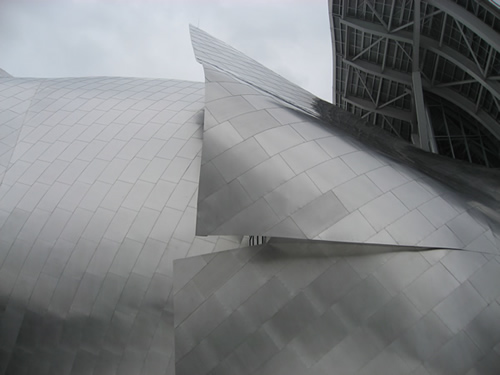 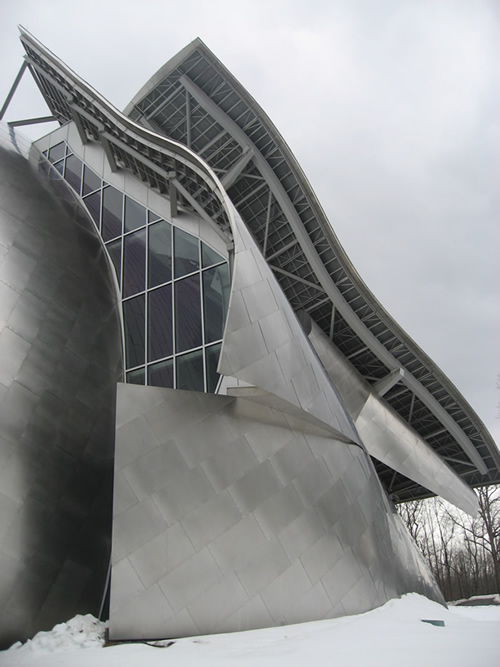 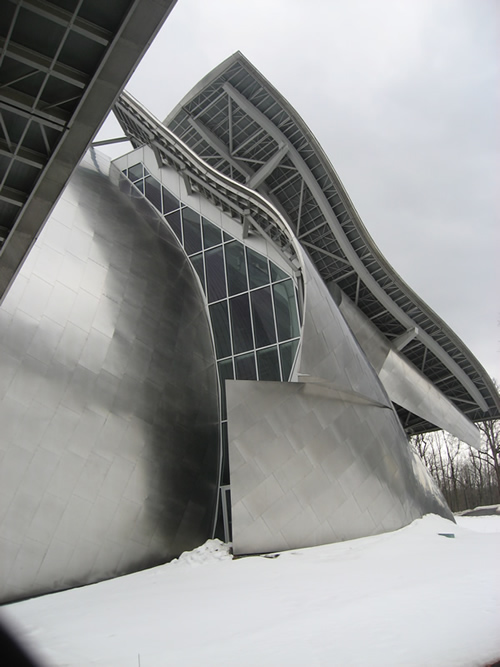 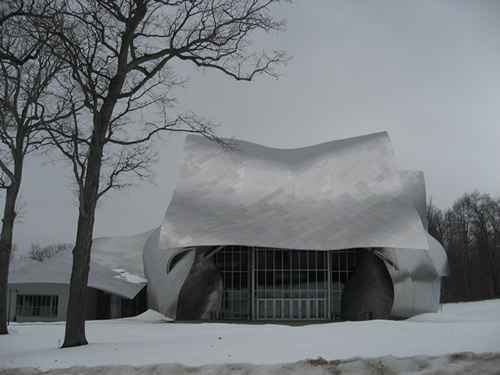