Last week we left home for points west, heading off to do some riding through the Daniel Boone National Forest in Kentucky. My knowledge of the state was and still is pretty limited. I knew that it was not an affluent state, that it’s major forest offered lots of lovely mountains to ride and that there were probably more critters on the roadways than people. All of those things proved to be true.

On Sunday morning, while the gang was still sawing logs in their beds, I tiptoed out and stole the GS back from Kenny and went for a quick 60 mile loop to snap a few photos. 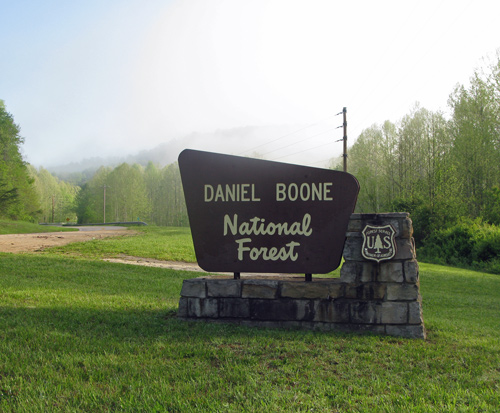 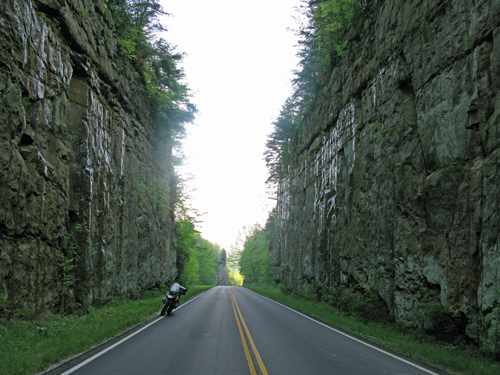 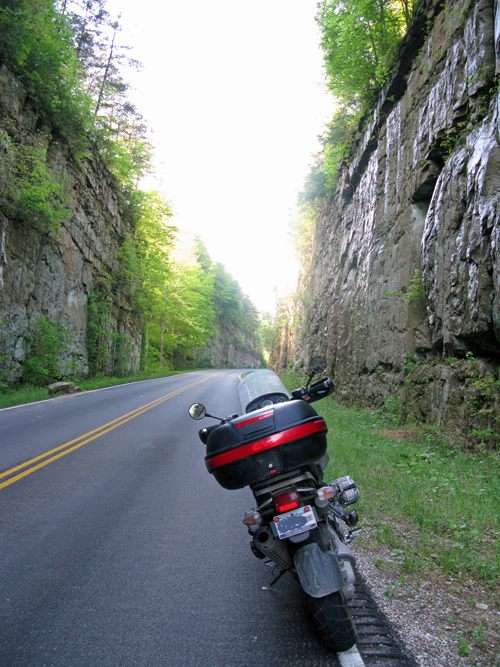 Apparently it had been raining in Kentucky from what the local folks said, for about a month. There was extensive flooding all over. I’m not sure if that contributed to this rock slide, but I suppose it’s possible. Though the angle in this photo does not capture it well, the scale of the boulders was HUGE! 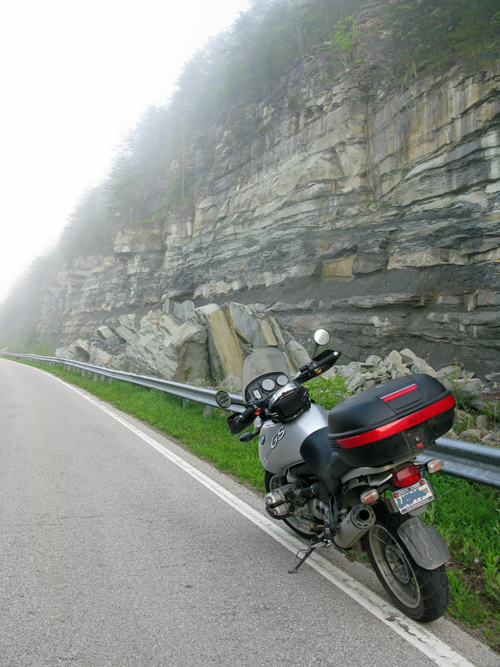 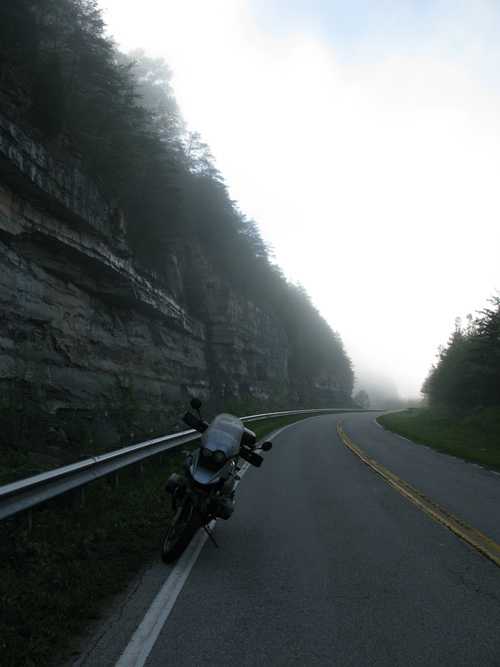 The GS in Salt Lick, Kentucky 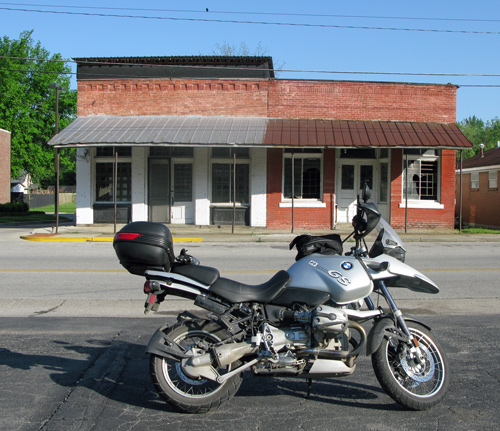 3 Replies to “Visiting Kentucky: A Sunday Morning Stroll on the BMW R1150GS in the Daniel Boone National Forest”